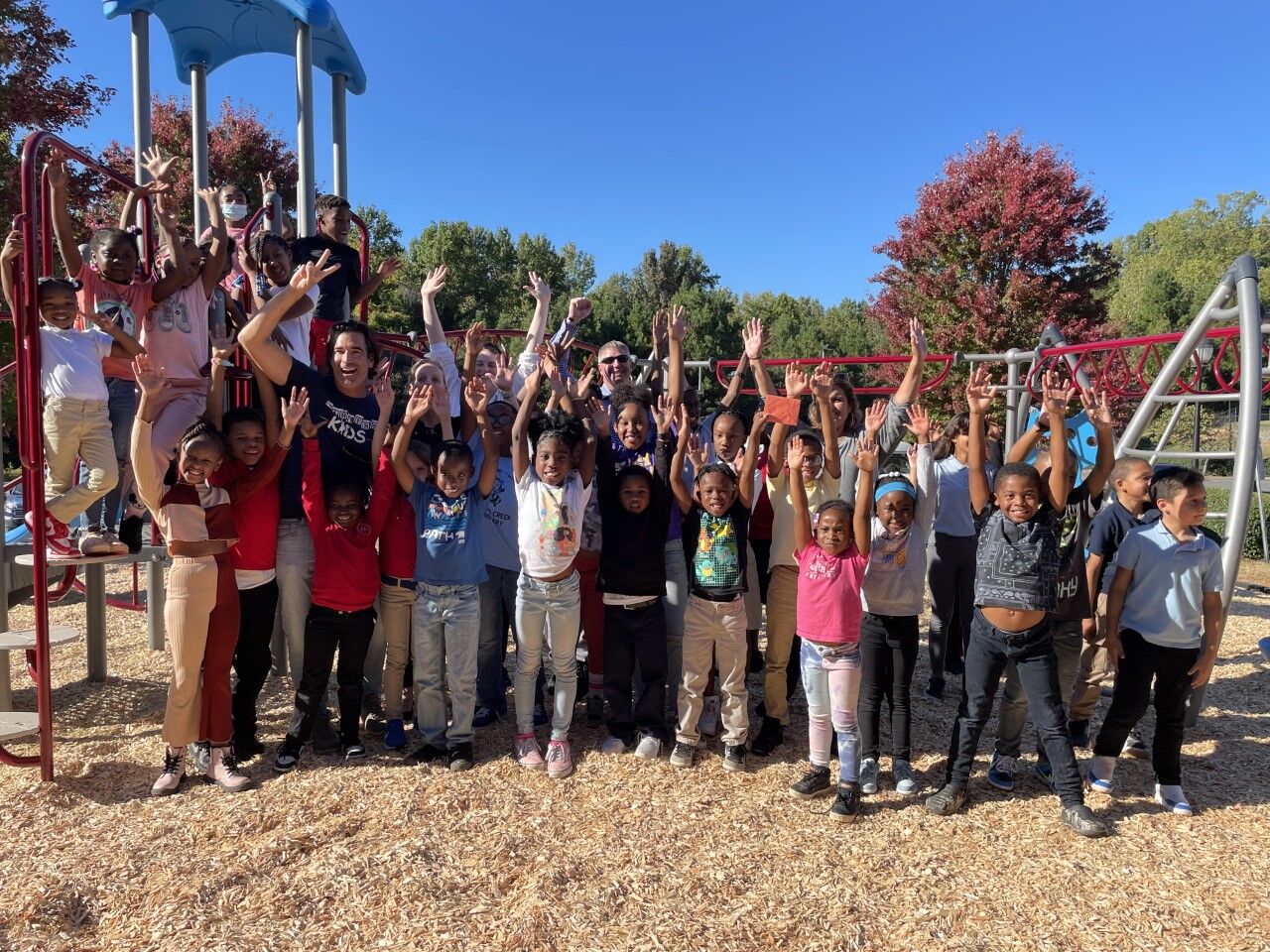 “We are thrilled to work with American Airlines and Carter’s Kids to amplify the investments we are pouring into the West Boulevard Corridor through our Stratford Richardson YMCA,” said Stan Law, president and CEO of the YMCA of Greater Charlotte. “As one of Charlotte’s identified corridors of opportunity, the community can benefit from projects like this, which are geared to help children thrive.”

The Stratford Richardson YMCA, which celebrates its 15th anniversary this week, was chosen because of its location in an under-resourced area, its ability to have a direct positive impact on children in the community, and its proximity to Charlotte-Douglas International Airport, where American Airlines has its second-largest hub. The branch serves more than 1,600 households in the West Boulevard Corridor, and hundreds of children each week through its youth development programming.

“At American, we care for people on life’s journey and that extends beyond the airline into our communities,” said American Airlines vice president of CLT hub operations Ralph Lopez Massas. “On behalf of the 15,000 American Airlines team members who live and work in the Carolinas, I am proud of investments like this playground that will benefit children and their families in our community for generations to come.”

The new playground, geared for children ages 5-12, will feature two climbing walls, three ladder features, and double wave slides. The equipment was delivered last week and about 70 members of American Airlines’ team in Charlotte and volunteers from across their global network worked to build the playground between Monday and Wednesday. This playground marks the 8th playground nationwide that American Airlines has built in partnership with Carter’s Kids.

To Care for People on Life’s Journey®. Shares of American Airlines Group Inc. trade on Nasdaq under the ticker symbol AAL and the company’s stock is included in the S&P 500. Learn more about what’s happening at American by visiting news.aa.com and connect with American on Twitter @AmericanAir and at Facebook.com/AmericanAirlines.

Carter’s Kids is a national non-profit organization founded by TV Host Carter Oosterhouse. Carter’s Kids has built 88 brand new playgrounds nationwide and has appeared on national TV shows such as “Good Morning America,” “The Doctors,” and “The Steve Harvey Show.”

About the YMCA of Greater Charlotte