Each year since 1996, the YMCA of Greater Charlotte has awarded its highest honor in the name of a man who devoted his life to the Y, Christ and brotherhood of man.

John Raleigh Mott, a New York native, began a lifetime of service to the Y as President of the YMCA at Cornell University. He went on to work with the Intercollegiate YMCA of the USA and Canada, the YMCA World Committee, and the Y’s Student Volunteer Movement for Foreign Missions. He saw the Y not as a job, but as a mission: To lead people to the love of Christ, so that they might share that love with others. The award bearing his name goes to someone who brings those ideals to life in ways that change hearts and communities.

“Evangelism without social work is deficient,” he once said. “Social work without evangelism is impotent.”

Years before, in 1912, Mott and a colleague were offered a free ride on the Titanic. They politely declined, choosing to set sail on a less fancy ship, the SS Lapland. When they learned what had happened, the two men agreed that God wasn’t done with them yet. Mott died in 1955. He was 89.

For 40 years, Omega Autry has devoted herself to the YMCA of Greater Charlotte, giving her heart, soul and considerable voice to the cause that has become a calling for us all.

From her days cheering on her two children in Y basketball, Omega has never had a problem being heard. Today, in these times of national division, she has helped take the Y into every corner of our diverse community. She’s made sure everyone regardless of color, race or background has found their place at the Y. For these reasons – and because to know Omega is to admire her – she is the recipient of the Y’s highest honor, the John R. Mott Award for 2019.

“We have to be a voice for diversity and inclusion,” Omega says. “It’s one of our commitments. We are committed to being a safe place where these conversations can take place.”

Says Tom Webb, a longtime friend and fellow YMCA of Greater Charlotte Trustee, “When Omega speaks, everyone listens. She’s just absolutely deserving of this award. There isn’t much doubt about the impact she’s had on the Y.”

Omega and Tom helped spearhead the opening of the Stratford Richardson YMCA on West Boulevard in 2007. She’s long been a leader at the McCrorey YMCA on Beatties Ford Road. She helped launch the Y’s MLK Holiday Breakfast in 1995, which brings us together each year to honor Dr. Martin Luther King Jr. and the cause for which he died. Early on, her collaborative spirit helped give momentum to the Y’s Diversity, Inclusion & Global Committee and its work nudging us in the right direction.

Omega says her friend and mentor, the late Willie J. Stratford Sr. inspired her involvement in the Y. An annual award in his name, which Omega received in 2003, honors those who keep the flame of inclusion burning bright. She considers her husband, Loyce, and their two grown children, Orin and Loycena, partners on her journey. And if you thought she was loud during her kids’ Y games, wait until any of her five grandchildren take the field. “I’m a louder grandmother,” she says.

Her faith home, The Park Church, reminds her that God’s work must be our own – a lesson that leads her back to John 17:21, and the work of a lifetime.

That they may all be one. 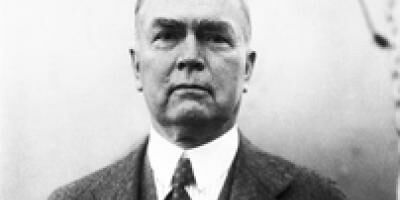 In recognition of our founder, the YMCA of Greater Charlotte honors outstanding volunteer leaders for their invaluable contributions of time and talent to help our Ys grow stronger in service to others.
Award Recipients The YMCA of Greater Charlotte established the John R. Mott Award in 1996 to honor its top volunteer who exemplifies Mott's ideals through longtime service to the YMCA.
Award Recipients The Willie J. Stratford, Sr. Diversity Award is given annually to an individual who recognizes, leads and inspires others to help create a stronger community through valuing diversity.
Award Recipients